What are nightshades vegetables? Nightshades have a technical name, solanaceae! And before you confuse them with sunglasses, hold it right there! They are actually a botanical family of plants. These plants are characterised by some distinctive features like the shape of the flower and the arrangement of the seeds within the fruit.

There are not one or two, but hold your breath, almost two thousand plant species in the nightshade foods family and the thing to mull over is of all the two thousand species half of them are inedible and some of them are highly poisonous too, case in point the deadly nightshade and jimsomweed.

Here is everything in the article in a nutshell

Nightshades are far more difficult to identify than gluten. The following are all in the nightshade foods list, and you may be surprised at the list because you never realized that some of the foods listed here can be deemed as poisonous, the consumption of which needs to be regulated.

This is a complete list of edible nightshades, but this has been demarcated broadly and all these fruits and vegetables have a huge number of varieties.  There is in fact an incredible number of hot peppers, eggplants, tomatoes, and over 200 varieties of potatoes! Can you believe it? And the number of products which include nightshades is quite enormous.

A food said to have ‘spices’is sure to have paprika.  In fact, you may be consuming a lot of sauces which may contain ingredients such as tabasco, sambal or shichimilisted, and though you may not realize immediately, these sauces are made from hot peppers. The sauces should be renamed nightshade sauces as almost all sauces contain nightshades.

Now that you have a fair idea about nightshades, the next question which arises is why are nightshade veggies blacklisted? The reason why nightshades may not agree with your system is largely because of their glycoalkaloid content.

It’s not that consumption of these edible spices impact your body, the problem arises when you over-consume them, and it is also possible that the toxic properties of these nightshade family foods can contribute to ill-health over time.

The Nutritional Profile of Nightshade Foods

The nightshade foods list may be pretty surprising for most because most of us have never known that these vegetables and fruits were detrimental to our health. So, though nightshade foods may be harmful to some, there are health professionals who think otherwise and encourage you to consume the nightshade vegetables because they are really rich in nutrients. This means that they provide a lot of nutrients but very little calories. Take a look at some of the following vegetables and their nutritional profiles:

Why are Nightshades Bad? Do they Cause Autoimmune Diseases?

Now time for some truths, are nightshade vegetables good for you or are they bad? A good question to ask! They are a rich source of nutrients, but they are also harmful as regarded by some nutritionists and should be kept off your diets.

This falling in favour may be because of a group of substances found in nightshades known as alkaloids. Alkaloids are found in leaves and stems of night shades of nitrogen-containing substances. Do you know a fun fact about these alkaloids? They act as a natural insect repellent and are quite bitter to taste.

The alkaloids are not limited to leaves and stems only, the edible portions of these plants also contain some alkaloids. This has led people to believe that their suffering from autoimmune diseases is largely because of nightshades and they are fast eliminating these nightshades from their diets.

Nightshade Inflammation may give Rise to Inflammatory Bowel Disease

The inflammation of the digestive tract is what leads to inflammatory bowel disease (IBD). Crohn’s disease and ulcerative colitis, these are justa few examples.

What are the characteristics of the inflammatory bowel disease and what causes it? In IBD patients, the protective lining of the intestine does not function properly and allows the bacteria and other harmful substances to filter inside the blood-stream. No wonder it is also known as the “leaky gut syndrome.”

When such a condition appears, the body’s immune system itself starts attacking the harmful substances, and as a result, you find an inflammation of the gut and many other adverse gastrointestinal problems such as diarrhea, pain, malabsorption, and many others.

It is the alkaloids which face the flak for being responsible for aggravating the condition of leaky gut, and several studies have substantiated the fact. But the studies or experiments have only been tried on animals.

The limited research may not prove anything, and more research has to be done to prove the fact that nightshade foods are the reasons why so many people in the world are suffering from autoimmune diseases, at least if it is not the sole reason, it may be one of the chief reasons.

The Effects of The Nightshade Family on your Body

There is very little known about the effects of the nightshade family on other autoimmune diseases. But some health experts of the medical fraternity believe that the increased intestinal permeability or leaky gut can give rise to autoimmune conditions like celiac disease, multiple sclerosis, and rheumatoid arthritis.

This could lead to increase of inflammation all over the body and the condition can worsen. Many people believe that just giving up nightshade foods can help them treat inflammatory conditions of their bodies, but these claims can hardly be regarded as the truth and much needs to be investigated upon before drawing serious conclusions.

Some people are said to be particularly sensitive to nightshades and they suffer from conditions like allergy symptoms and other sensitivities. Just eliminating nightshades from their diet has provided them with much-needed relief.

People with arthritis can also get relief from persistent pain just by doing away with nightshades.

Some studies have confirmed that a vitamin-D like substance found in night shades causes calcium deposits, which in turn gives rise to various health problems in animals. But the studies are limited to animals alone, and no concrete evidence has been discovered to prove the same as far as the humans are concerned.

Besides nightshade giving rise to various allergy symptoms, some people are also allergic to some vegetables from the nightshade food family. The allergy symptoms are different for different people. They include conditions like hives, skin rashes, swelling, itching in the throat and difficulty breathing.

You can do an experiment on yourself by finding out which of the foods are causing the allergic symptoms. Then you can eliminate those nightshade fruits and vegetable from the list. You will come to know whether those were the very foods which were causing discomfort. Eliminate them if necessary. Seek medical advice before you consider medication or testing.

If you feel that you do have an allergic reaction to nightshade vegetables and fruits, eliminate them first for a period of 4 weeks and then reintroduce them to see whether you are still suffering from the similar symptoms. If you believe that this particular food group is not quite your thing, consider substitution.

If you are thinking of eliminating nightshades permanently, then perhaps you are going to miss out on some of the nutrients these foods provide.

But yes, there is a whole lot of variety out there, so even if you are not able to have some of these foods you can have some other foods as well. Do some clever swapping and you will have enough nutrients to keep you healthy and happy!

Now if you are too fond of your nightshade food family, don’t worry you can have them, but there’s a catch, you need to peel the potatoes well, limit over-consumption of green tomatoes to lower your alkaloid content. Also, you should cook your nightshades really well before consumption.

Some people consider nightshade vegetables harmful because they mostly confuse them with ‘deadly nightshade’ also known as Atrope belladonna. It is an inedible weed that’s part of the same Solanaceae family. Here are some myths about nightshades that we’ll attempt to bust!

2. Do nightshades contain a toxic alkaloid?

Some alternative medicine practitioners believe that nightshades contain a toxic alkaloid compound called solanine which protects against insects. Contrary to popular belief, peppers, eggplants and tomatoes (even the green ones) actually do not produce solanine and are safe for consumption.

However, in some cases, solanine may develop in potatoes, especially the ones which turn green when they are exposed tolight.Those are the ones that should be discarded.

3. Do nightshade vegetables cause arthritis pain?

A simple answer to the question is thatthere is no scientific evidence supporting that theory. Most studies related to it are anecdotal.

4. Do nightshade foods cause migraines?

Okay, that’s a purely a myth.Tomatoes, peppers andeggplantscannot cause a migraine or a headache, period!

So, should you consume nightshade fruits and vegetables? That depends on you. If you feel you have an allergic reaction to a certain fruit or your arthritis flares up after consuming a vegetable, eliminate it; but it does not mean you should ban a whole food group just because you feel that they may cause you harm. If you still have any doubts, go ahead ask your doctor and treat your condition the right way!

Devi Gajendran is a Post Graduate in Nutrition (University of Madras, Tamil Nadu) and has tons of experience in Fitness and Nutrition. She is the chief advisor and full time contributor at the Fit Indian and has the final say on all the segments under the Fit Indian paradigm, such as beauty, fitness, home remedies, diseases, diet tips, weight loss, weight gain and so on. A foodie herself, she believes in the Hippocrates quote,” Let food be thy medicine and medicine be thy food.” A fitness enthusiast, she believes that the combination of diet and exercise can work wonders. When she is not sharing her valuable knowledge about food and fitness, she likes to spend quality time with her family members, do some healthy baking and listen to soft soulful music.

How to Get Rid of Constipation with Natural Home Remedies &# 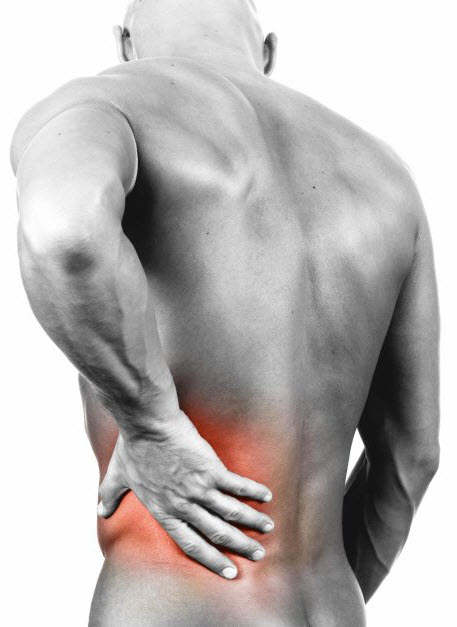 How to Overcome Lower Back Pain – The Lumbar Spine Exp