9 Foods That Trigger Inflammation in Arthritis 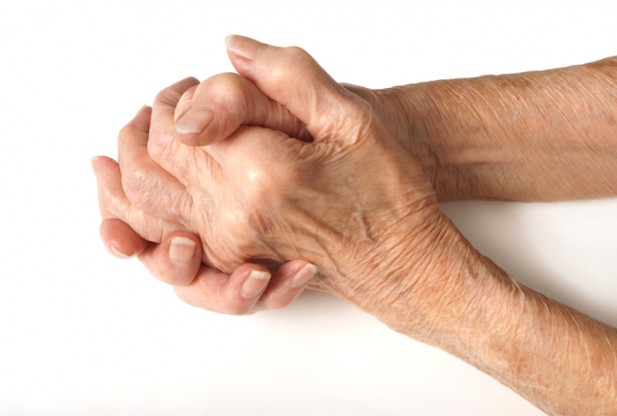 Arthritis is a disease of the musculoskeletal system that specifically affects the joints, and is mainly caused by a combination of external factors such as foods, physically demanding jobs, allergies or previous injuries. There are various types of arthritis, but the most common forms are rheumatoid arthritis and infectious arthritis. Arthritis is also one of the major reasons of physical disability among older adults over the age of 55 years. Although there is no known cure for arthritis, the symptoms can be kept under control and joint mobility and range of motion can be enhanced with the help of physical and occupational therapy.  Consuming more anti-inflammatory foods and avoiding inflammation causing foods can also help in alleviating the symptoms of arthritis.

Some of the early signs and symptoms of the most common form of arthritis – rheumatoid arthritis are as follows:

Arthritis is a painful condition that involves inflammation, swelling and joint pain. Although there is not strict diet for arthritis, excluding certain foods from the diet can help in reducing the symptoms of rheumatoid arthritis and calming the excruciating pain.

It is difficult to resist the temptation of desserts, chocolate bars, pastries, soda and other sweet treats but sugar and refined carbohydrates must be eliminated from a rheumatoid arthritis patient’s diet because processed sugars trigger inflammation in the body by increasing the release of cytokines – the inflammatory messengers.

Fruit juices, canned fruits and other sweets are loaded with fructose and sucrose which are poisons by themselves. Refined carbs such as white flour, white rice and sugar) are also called pro-inflammatory carbs. Such carbs are not used as energy; rather they are stored as inflammatory saturated fats in the body which triggers inflammation and cause heart disease.

Excessive salt in food and added table salt in food is one of the main causes of inflammation. Processed foods and ready to eat meals contain high levels of sodium and preservatives to increase their shelf life. Regular consumption of these foods results in the inflammation of joints.

Salt intake promotes water retention and causes the blood vessels to expand. The swollen veins induce uncomfortable pressure on the inflamed joints and aggravate the condition of rheumatoid arthritis. It is best to limit the daily intake of sodium to 1500 milligrams per day.

Dairy products are one of the most inflammatory foods apart from gluten and therefore must be excluded from the arthritis diet. The proteins casein and whey, found in milk products flare up Rheumatoid arthritis symptoms.

People suffering from rheumatoid arthritis often report intolerance to milk because their bodies develop antibodies to milk protein in order to protect itself from what it incorrectly perceives as a harmful substance. But, in addition to milk, these antibodies also turn against the body and lead to auto-immune diseases such as rheumatoid arthritis. Therefore, it is best eliminate milk and dairy products from the diet for arthritis and opt for plant-based sources of protein such as lentils, quinoa, spinach and tofu.

Fried and processed foods cause chronic inflammation and promote the symptoms of rheumatoid arthritis. Overcooked foods and foods prepared at high temperatures such as French fries, onion rings, fried chicken, barbecued foods, etc., induce the production of toxins known as advanced glycation end products (AGES) that the body treats as an invader.

The AGES are created when proteins are bound to glucose molecules. As the body’s immune system tries to break these AGES apart, the immune cells release inflammatory cytokines in large quantities. This process promotes inflammation and enhances the symptoms of rheumatoid arthritis.

It has been noticed that for people suffering from rheumatoid arthritis, changing over to a vegetarian diet helps in reducing the pain in joints. This is because meat contains a high amount of fat and calories and the fat in meat is readily metabolized into pro-inflammatory chemicals that cause swelling and painful inflammation in joints.

The saturated animal fats make the gut leaky and promotes the release of bacterial toxins known as endotoxins into the blood stream and the immune system starts fighting the bacteria that cause excessive inflammation.

There is a reason why more and more people are opting for a gluten-free diet. Gluten is a type of protein that is commonly found in grains such as barley, wheat, rye and spelt.

In case of gluten intolerance, the immune system of the body views the proteins present in gluten – gliadin and glutenin as some foreign invader and therefore turns against the body and leads to autoimmune diseases such as rheumatoid arthritis. It also worsens joint pain and swelling. Therefore, it is best to opt for gluten-free cereals and wheat products.

Coffee, one of the most preferred beverages also comes under the list of foods to avoid in an arthritis diet. Research shows that downing more than three cups of coffee per day leads to increased levels of C-Reactive Protein that is linked to inflammation and rheumatoid arthritis. Although health benefits of coffee are quite controversial and further research is needed to establish coffee as a potent risk factor in diabetes, it is best to substitute your cup of joe with nourishing green or black tea.

Alcohol is one of the vilest drinks for rheumatoid arthritis and gout. Excessive alcohol consumption weakens the liver, disrupts the functions of other organs and cause severe inflammation. It affects the joints and cause pain and swelling. Prolonged alcohol intake inflames the nerves, tissues and joints and cause pain the shoulders and chest. Heavy drinking leads to the formation of uric acid crystals in the joints which is one of the main causes of gout.

So now that we know the list of foods that are fatal for inflammatory arthritis, let us take a look at some foods that should be included in the rheumatoid arthritis diet to prevent chronic inflammation of the joints.

Fatty Fish  – Fatty cold-water fishes such as tuna, salmon, mackerel and sardines have a high omega 3 fatty acid content, which is extremely effective for reducing inflammation. But it is important to eat oily fishes at least 3 to 4 times every week to reap its anti-inflammatory benefits. It is best to opt for baked or boiled fish rather than fried, salted or dried ones in order to limit sodium intake. You can also consider fish oil supplements in the form of capsules if you are not a big fan of fish.

Leafy Greens – Dark leafy vegetables are a rich source of vitamin E, which protect the joints from cytokines or pro-inflammatory molecules. Leafy green vegetables like kale, spinach, collard greens and broccoli have high levels of vitamins and minerals along with phytochemicals that prevent inflammation of the joints.

Nuts – Next in the list of food for arthritis is nuts that are rich source of calcium, vitamin E and fibers along with alpha-linolenic acid- a type of omega 3 fatty acid that works as an effective antioxidant which repairs the damage caused by inflammation. It is effective enough to reduce the effects of inflammation within just six weeks.

Tomatoes – This bright red and juicy vegetable is an amazing remedy for reducing inflammation. The juice of red tomatoes is a rich source of lycopene, a compound that reduces inflammation throughout the body. And you can have tomatoes in any form you want, right from raw ones to cooked tomatoes and even tomato sauce.

Garlic and Onions – When it comes to reducing inflammation, there is no better remedy compared to these two common kitchen spices. Both garlic and onions have effective immunity boosting properties and work as effectively as the pain medication Ibuprofen in shutting down the pathways of inflammation. The anti-inflammatory chemicals quercetin and allicin found in onions produces sulfenic acid that fights free radicals and oxidative stress in an effective manner.

A balanced diet and adequate rest play a significant role in relieving the pain associated with arthritis. Include more anti-inflammatory foods in your daily diet, stay away from alcohol and tobacco and opt for regular exercise to enhance mobility and live a healthy life even with arthritis.

Devi Gajendran is a Post Graduate in Nutrition (University of Madras, Tamil Nadu) and has tons of experience in Fitness and Nutrition. She is the chief advisor and full time contributor at the Fit Indian and has the final say on all the segments under the Fit Indian paradigm, such as beauty, fitness, home remedies, diseases, diet tips, weight loss, weight gain and so on. A foodie herself, she believes in the Hippocrates quote,” Let food be thy medicine and medicine be thy food.” A fitness enthusiast, she believes that the combination of diet and exercise can work wonders. When she is not sharing her valuable knowledge about food and fitness, she likes to spend quality time with her family members, do some healthy baking and listen to soft soulful music. 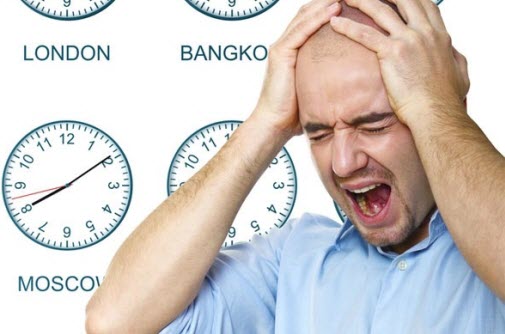 Natural Remedies for Anxiety – 7 Ways to Beat the Stre

Why Eating More Food Can

The Only Indian Diet Tha

How to Improve Immunity