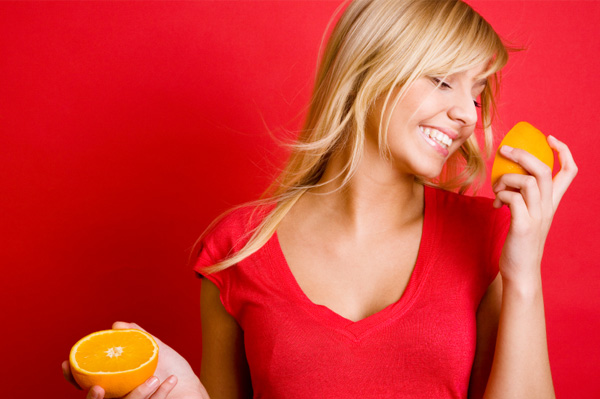 With the growing awareness of the adverse effects of stress, depression and anxiety, the interest in staying fit is increasing among men and women. The term depression can be interpreted as feeling sad, unhappy, miserable and generally blue. Several factors are responsible for enhancing the chance of depression such as medications, sadness or grief, sexual or physical abuse, genetics, conflict, family problems, personality, loneliness, use of alcohol and drugs. But relaxing exercises such as tai chi and meditation can help a lot in enhancing mood and relieving stress.

Harmful Effects of Depression on Health

Self-confidence is the simplest thing that helps immensely to fight depression. According to researchers, the following foods lower stress, anxiety and depression.

The habit of eating dark chocolate helps reduce stress hormones like cortisol. Cortisol, also known as glucocorticoid, controls the processes of the immune response and metabolism. It plays an important role in influencing the body’s response to depression. Chocolate is a great source of vitamins, minerals, soluble fiber and antioxidants. Antioxidants are chemicals that transfer electrons or hydrogen from a substance to an oxidizing agent, and they can prevent or slow cell damage.

Free radicals are atoms or group of atoms with an odd number of electrons, and after the formation these free reactive radicals start a chain reaction which can cause damage or death to the cell. Antioxidants are molecules that can interact with free radicals and terminate the chain reaction. Chocolate reduces the risk of cardiovascular disease and also improves blood flow.

Saffron is a spice that is also known as the saffron crocus. In ancient Persian medicine, saffron was used in the treatment for depression. Saffron is really effective in reducing the problems and pain of premenstrual syndrome (PMS) and menstrual cramps. Premenstrual syndrome (PMS) is described as a combination of physical, emotional, psychological, and mood disturbances that start after a woman’s ovulation. The common mood-related signs are depression, irritability, mood swings and crying.

Saffron is really effective in reducing the problems of cough and asthma. It prevents cancer, Alzheimer’s disease, dry skin and heartburn, and it also enhances interest in sex. It regulates the supply of serotonin to the brain. Serotonin is a chemical produced by human body and acts as a neurotransmitter. It has been proven that it plays an important role in maintaining mood balance. The lower levels of serotonin can lead to depression.

Black, oolong and green tea help  elevate mood and also aid in fighting depression. The presence of amino acid and caffeine in these teas help improve focus and attention. Caffeine acts by stimulating the nervous system and also acts as a mild antidepressant by enhancing the production of various ‘feel good’ neurotransmitters in the brain, like noradrenaline, serotonin and dopamine.

Green tea is called a “wonder herb” because it has various health benefits. The presence of potent antioxidants like polyphenols help reduce free radicals. It reduces the chance of cancer and prohibits the formation of tumors. It is really beneficial to our health because it lowers cholesterol and triglyceride levels. It strengthens our immune system and also helps fight against tooth decay. Oolong tea lowers cholesterol levels, promotes good dental health and robust skin. Regular drinking of black tea helps to prevent diabetes, Parkinson’s disease, kidney stones, lung cancer and osteoporosis.

Carb is short for carbohydrate. It is a group of organic compounds present in living tissues and foods that are used primarily for energy in the body.  There are three types of carbohydrates-fiber, sugar and starch. Various sources of carbohydrates include seeds, nuts, grains, milk, fruits, legume and vegetables. It increases production of ‘feel good’ neurotransmitters in the brain, like serotonin. Serotonin, a natural tranquilizer, helps immensely to elevate mood. It plays an important role in elevating the mood and relieving stress and anxiety. The decreased levels of serotonin can lead to depression.

Foods high in protein always include coconut, which is also a great source of vitamins, minerals, potassium, fiber, saturated fats, caprylic acid and Vitamin E. Being low in sodium and high in potassium, coconut reduces the levels of high blood pressure and lowers the chance of stroke and heart attack. It is a rich source of tryptophan which aids in the reduction of depression and also elevates the mood. Various other sources of tryptophan include bananas, pumpkin seeds and mustard greens.

A perfect anti-depression diet should include bananas. They are a great source of nutrients such as Vitamin A, C and E, natural oils, carbohydrates, potassium, zinc and iron and magnesium. Magnesium plays a pivotal role in protecting the body’s health. It stimulates the production of serotonin that initiates our happiness and elevates the mood. Various other sources of magnesium include whole grains, vegetables, legumes, nuts, seeds, meats, coffee and chocolate. Magnesium prevents cancer, kidney disease and Crohn’s disease.

Eggs are rich in Vitamin A, collagen, Vitamin E, Vitamin K, Vitamin D Vitamin B6, calcium, folate, phosphorous, selenium and tryptophan. Tryptophan elevates the mood by lowering the levels of depression. It is also known as an essential amino acid, and the body can not produce it. It reduces the problems of insomnia, facial pain and anxiety. Eggs provide the best quality protein, protect our bones and promote healthy hair and nails. It has been proven that blood levels of folate are lower among people with depression than in people who are not depressed.

An anxiety treatment should include walnuts as it effectively reduces tension and anger. Walnuts contain polyunsaturated fatty acids, both Omega 3 and Omega 6 and monounsaturated fats, but it is completely cholesterol free. It is the nut of the tree of the genus Juglans. The two most common walnuts species include black and English walnut. Walnuts are rich in antioxidants, which help protect our cells from free radical damage. Walnuts prevent cancer and lower the risk of heart attack and stroke. Alpha lipoic acid is an antioxidant that is produced by our body, and it also helps transform glucose into energy. Walnut is a great source of Alpha lipoic acid, tryptophan, Vitamin B6 and folate.

Asparagus is a spring vegetable that prevents depression. It is a great source of Vitamin E, Vitamin K, Vitamin A, magnesium, zinc, fiber, selenium, thiamin, riboflavin, niacin, Vitamin B6, iron, copper and manganese and folate. The decreased levels of folate and Vitamin B6 can lead to depression. Folate aids in the production of red blood cells, and also helps in depression. Various other sources of folate include green leafy vegetables like broccoli and spinach, strawberries, bananas, tomatoes, legumes, yeast, mushrooms, cereals,  fish, poultry eggs, meat, dairy and oranges.

Now that you know the secrets to fighting depression, anxiety and stress, include the above-mentioned foods to your diet and don’t forget to share your health tips with us.