A Guidelines for Managing Autoimmune Disorders

Autoimmune disorders have been shrouded in mystery and confounded healthcare professionals for ages. To this date, no study or research has been able to ascertain the precise nature of its cause or the reason that makes certain individuals vulnerable to them. 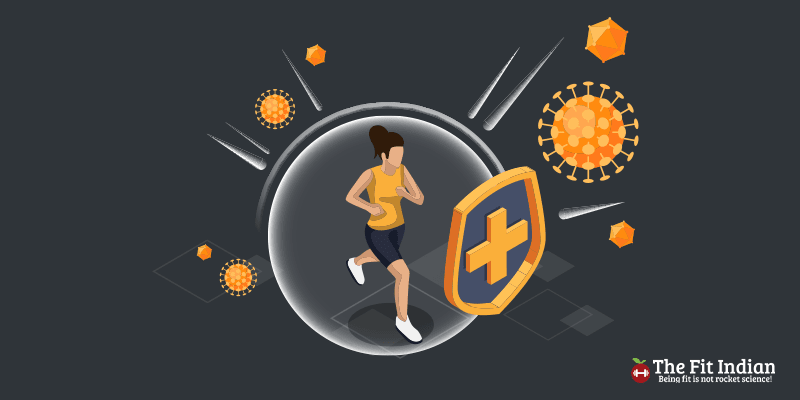 A healthy immune system is our body’s primary defence against the multitude of viruses, bacterias and foreign bodies. But what happens when this very defence mechanism malfunctions and attacks the host? As spine-chilling as this may sound, this is precisely what happens with autoimmune diseases. This article will talk about the disorder, its types, causes, symptoms, and the guidelines to prevent or treat them.

What is an Autoimmune Disease?

The immune system is your body’s first line of defence. It is a complicated network that protects the body from millions of foreign bodies, viruses, and bacteria, keeping you safe and healthy from myriad illnesses. As fascinating as it sounds, this seemingly impregnable and invincible defence network is prone to failures and can be ineffective against certain invasions, thus leading to illnesses.

It is not just the weakening or failure of the immune system that should be concerning. An overactive immune system is equally dangerous and can lead to autoimmune disorders. At times, your immune system perceives your own body, cells, or organs to be a threat, thereby attacking them. 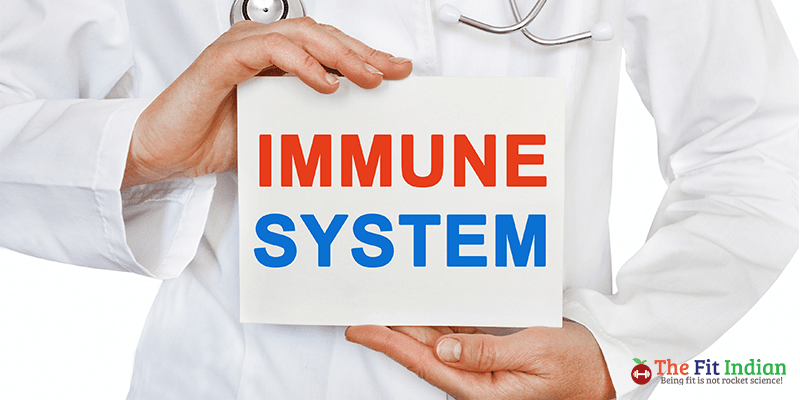 Usually, your immune system can differentiate between foreign cells and host cells. But, in an autoimmune disorder, the immune system releases proteins called autoantibodies which attack organs, joints, or skin.

Continue reading to learn about the types of autoimmune diseases, their causes and symptoms.

These disorders still have an air of mystery surrounding them, with little knowledge of the causes and the treatment. Understanding the type of disease and its symptoms are crucial in the subsequent treatment process. The disorders are said to affect women more than men. 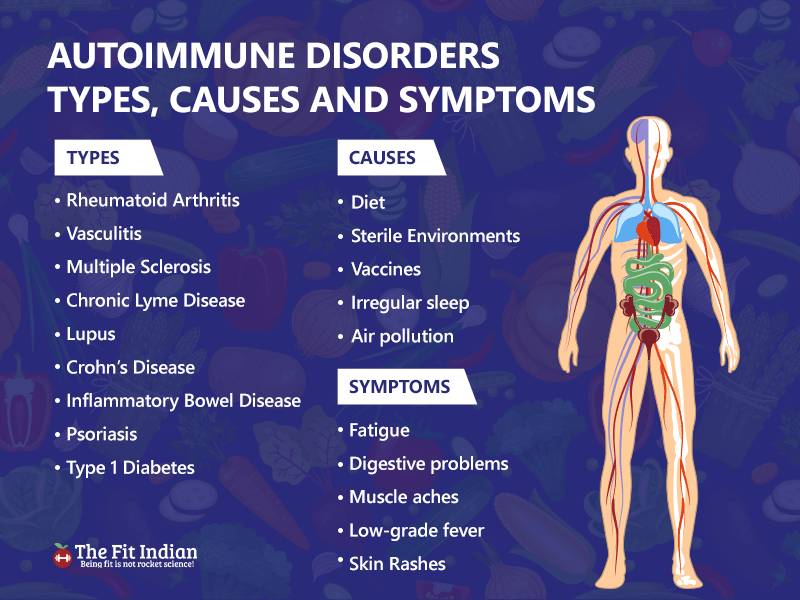 There are over 80 disorders known to scientists. But most of them are rare. The following autoimmune disorders list covers the most common diseases among them.

Rheumatoid arthritis is an extremely painful condition where the immune system attacks the joints. This disease causes inflammation on the lining of the joints, which leads to joint pain, stiffness, less mobility and swelling. It causes irreversible damage to the joints, bones and cartilage as it progresses.


When your immune system attacks the blood vessels, it results in vasculitis. This attack causes the arteries and veins to inflame and get narrower, thus restricting blood flow.

The nerves are covered by a protective coating called the myelin sheath. In multiple sclerosis, the immune system attacks this coating. This leads to a disruption in the transmission of messages from the brain to the rest of the body. The symptoms include – difficulty in walking, numbness, and weakness.

Lupus, as some people believe, is not just an autoimmune skin disease. One of its common symptoms is a rash it produces on the skin. But the disease causes inflammation and damage to the skin, joints, heart, kidneys, brain, lungs and red blood cells. Other symptoms include fatigue and joint pain. Sunlight and certain medications could trigger this disorder.

Inflammatory Bowel Syndrome (IBS) includes diseases such as ulcerative colitis and Crohn’s disease. These are chronic, inflammatory conditions that affect the digestive tract. This inflammation in the lining of the stomach could result in abdominal pain and diarrhoea.

Insulin, a hormone produced by the pancreas, regulates blood glucose or blood sugar levels. In Type 1 diabetes, the immune system attacks the insulin-producing cells in the pancreas. These cells are called beta cells. As these cells are destroyed, the body cannot effectively make insulin, which causes blood glucose levels to rise. If not managed properly, high blood sugar could cause damage to the heart, kidneys, blood vessels, nerves and eyes.

Some other common types of these disorders include Crohn’s Disease and chronic Lyme disease. Keep reading to understand the causes.

Scientists are still unsure about what causes these disorders. Many assumptions and theories are floating around, but they are not backed by concrete evidence. Several doctors believe that genetics play a crucial role. Western diet is also blamed, as it is high in foods that are linked to inflammation, such as high-fat, sugar-rich and processed foods. The rise in the cases of these diseases in recent times has supported the claims that they might result from environmental factors. So, let’s look at some of the most common causes believed to cause these conditions.

Refined and processed foods rich in sugar, fats and other harmful substances are often the cause of inflammation. This causes several diseases such as diabetes and heart diseases.

Children in their first few years of life are in a stage of developing an immune system. Parents disinfect and sterilise the surroundings, thus avoiding contact with germs, bacteria and viruses. While this may keep the children healthy in the early stages of life, this could lead to allergies and autoimmune diseases later on.

Good quality sleep is a boon to our health, and a lack of it can result in illnesses. Inadequate sleep can not only cause autoimmune disorders, but it can also weaken your immune system.

The rise in such disorders has doctors suspecting the role of the environment in causing these problems. Air pollution and exposure to cigarette smoke and chemicals are suspected of playing a crucial part here.

We know the causes now, but what are the symptoms that suggest the presence of this condition?

Several symptoms of these disorders overlap, thus making the diagnosis challenging. Many of these symptoms are also similar to other non-autoimmune conditions. Some signs, though, maybe unique to the disease. Here’s a list of typical symptoms.

None of these symptoms can indicate the existence of any of the disorders. There will be other examinations done to confirm it. Now that you know about the causes, symptoms and types of the diseases, let’s look at the diagnosis and the treatment.

A lot of the diagnostic and treatment plan depends on the nature of the condition. There is a certain amount of understanding concerning the more common types of such disorders. But experts are still in the dark in their understanding of rare autoimmune diseases. 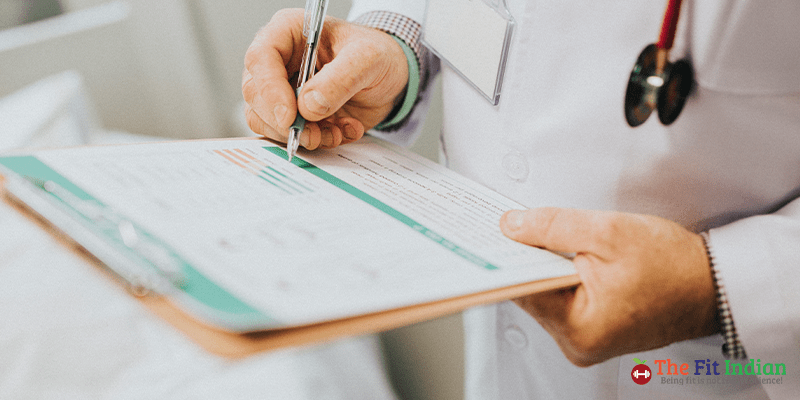 This uncertainty is where things get tricky. These disorders are less understood and are so complicated that diagnosing them through a particular test is nearly impossible. Many of the symptoms of various such conditions often overlap, thus making the diagnosing process even more complicated. So, how do doctors figure out the problem? Let’s find out.

As there is no particular symptom that could ascertain an autoimmune disorder, your doctor will use different tests to diagnose the condition. They may also rule out other conditions first to make the correct diagnosis. Finding the presence of autoantibodies is another effective way to diagnose a disease. Depending on the symptoms, your doctor may order any tests such as blood tests, skin biopsy, kidney biopsy, urinalysis, hormone tests, and imaging.

There is no cure for autoimmune disorders. There are no treatments that can cure these conditions, but they can help control and manage them. The treatments primarily focus on controlling the overactive immune response, pain and inflammation. Although these treatments may not cure the condition, they can relieve symptoms such as skin problems, swelling and pain.

Medications such as immunosuppressive drugs, steroids and non-steroidal anti-inflammatory drugs may be used to treat the symptoms. Your doctor may also recommend various surgeries and therapies.

Through all these years of study, experts have concluded that there are a set of rules that, if followed, may help in managing the conditions better. So, let’s check out these guidelines.

Guidelines and Diet for Patients With Autoimmune Disorders

There are no treatments that can cure the disorders; they can only provide relief from the symptoms. But experts put forth specific guidelines that could help you overcome the symptoms and effectively manage the condition. 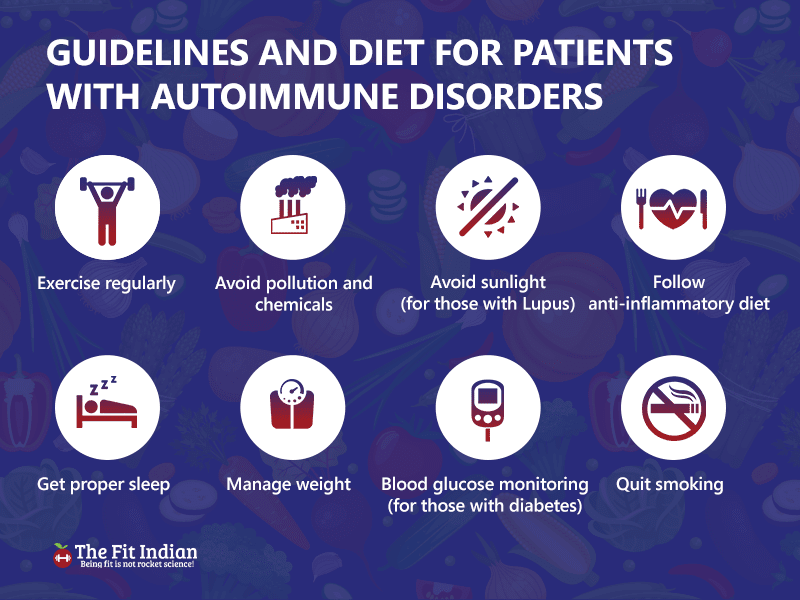 These guidelines may not show you how to prevent autoimmune disease, but they can effectively deal with the symptoms.

Scientists have observed an increase in autoimmune diseases in recent years. This has led them to suspect the role of the environment, which has undoubtedly deteriorated over time. Toxic substances such as air pollution, alcohol, cosmetic products, and pesticides increase the risk of developing these diseases.

Inflammation is considered to be one of the causes of such disorders. Even the treatment plan involves reducing the inflammation. High-fat foods, sugar, trans fats and omega-6 fatty acids are known to increase inflammation. In contrast, foods such as omega-3 acids from fish, fruits, vegetables and olive oil tend to lower inflammation. Consult a nutritionist for a customized diet plan.


Being overweight and obese are responsible for several diseases, including heart diseases, hypertension and diabetes. Obesity could result in the development of conditions such as rheumatoid arthritis, inflammatory bowel disorder and psoriasis. By reducing your weight, you can significantly lower the risk of developing autoimmune disorders.


Good sleep is a must for optimal health. Sleep deprivation can lead to several health problems, including immune-related conditions. So, get adequate sleep and maintain a proper sleep schedule.


The health of your gut is directly related to your overall health. Studies have also shown the relation between gut microbes and autoimmune diseases such as multiple sclerosis and type 1 diabetes.


Smoking is known to weaken the immune system. It can cause inflammation in your body and increases the risk of diseases such as rheumatoid arthritis and lupus.

It is no secret that a good diet helps us stay healthy, ward off diseases and manage various illnesses. Autoimmune diseases are no exception in this regard. A healthy balanced diet is touted as an effective management technique for autoimmune conditions. A diet consisting of different foods, including a rich serving of fruits and vegetables, is considered ideal. The Mediterranean Diet is an example of such a diet.

Autoimmune disorders have always posed a grave challenge to healthcare professionals. There are over 80 conditions that fall under the category; they are challenging to diagnose due to symptoms that often overlap. The disorders and their causes are still a mystery, and there’s a lot to understand yet. But from various studies, experts agree on the probability of certain factors that may cause the conditions. They have also created guidelines to prevent or manage the diseases. Following these guidelines is the best bet against the disorders.

Diagnosing an autoimmune disease can be difficult because there is no single test that can determine its existence. Many of the symptoms are also similar to those found in other conditions. So, it takes a combination of tests, signs and even a biopsy to come to a conclusion.


The 3 most common autoimmune diseases are type 1 diabetes, lupus, and multiple sclerosis.

There are over 80 types of such disorders known to doctors, but many are rare. Here’s a list of common autoimmune diseases.

It may not reverse the disease, but vitamin D doses are known to help manage the condition.

There is no cure for any of these diseases. But the symptoms can be controlled with treatment after proper diagnosis.

Rheumatoid arthritis is a condition that could result in weight gain. Due to the pain and discomfort experienced, the patient finds it difficult to indulge in physical activities, leading to weight gain.

Some of these disorders can be diagnosed by looking for auto-antibodies in the blood. Auto-antibodies are antibodies made by the immune system to attack cells and organs.

A healthy balanced diet consisting of whole foods, vegetables, fruits and healthy fats is the best for managing these diseases.

Many symptoms of the diseases commonly occur with other conditions as well. So, it isn’t easy to ascertain it without tests and examinations suggested by a doctor. 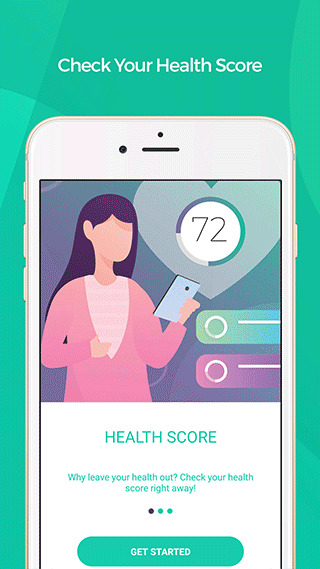